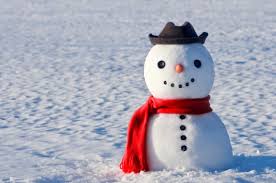 My Aunt Mary says her daughter is  running around anywhere in the world and is coming soon , and when no one expects it , but my aunt did not know when that will be . He says that one day without warning, as a surprise. He says he asked a snowman and it must be very difficult to find and even more pay.

Therefore ” the girl has not returned pa ‘ Cuba ‘ because he likes to meet my aunt , according to what promises to the letter . My aunt that story was invented, endorsed and repeated every second , since he knew no yuneisy appeared in several days and not the people who went with her .

What happened only knows the sea. Almost ten years after that damn boat sailed , Mary still retains my cousin ‘s room , cleans well and wash the bedding so you can arrive everything is as you left it . My aunt cooks his favorite dishes every Sunday because he feels that if it comes, will be that day of the week.

But dinner is in the pots . No one comes to Sunday meeting except my dad or another relative . The photos are still intact and frozen at my cousin with his 29 years forever. Maria spends her days talking about Yuni , when he went to Africa on an internationalist mission , of how he had to save to buy the basket and how they started sobrarle suitors, as “it was a tremendous blonde with a Hyundai tremendous.”

What speech is not your craving for illegal departure and expected time that has no signs of life. That Mary does not care. This December filled the house with garlands of colors as it appears . Bought largest Christmas tree to put the snowman under the pine and strive to think with a few donuts, if Yuni returns .